It's the "Recognise" thing that REALLY gets me

Yesterday, I achieved Qantas Frequent Flyer Silver status. For someone who flies as much as I do (I've already been on about 25 flights this year though admittedly, 7 of those were with other carriers), it's taken me a while to get to this status. See, I always fly cattle class on the cheapest flights I can possibly find. This is partially because I wish to save work money and partially because I believe, as a good egalitarian, that mainly tossers sit in First Class. So I have never accumulated the points to "level up"; until now that is. Now I have "priority". Now I have special perks. Now I get a new card with a fake metallic colouring on it. It's all very "meh", really.

Anyway, in what can only be described as "impeccable timing", the exact same week that I achieve Silver status, Qantas goes and sprays one of their planes with this: 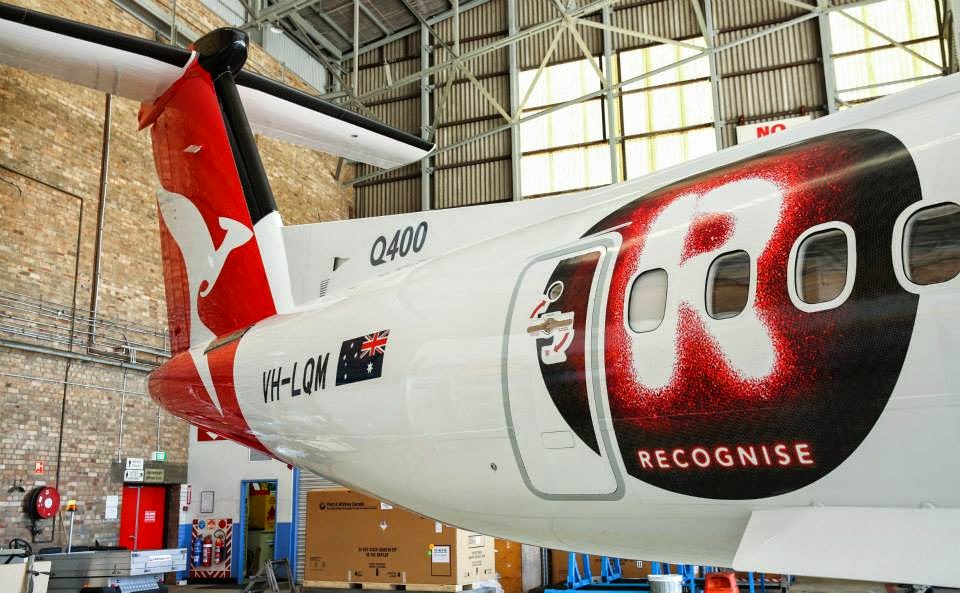 Photo credit: Qantas Facebook Page
Yep. Yet another gigantic corporate entity decides to show mob just how much it wants us to be Recognised. Doesn't that just give you those warm and fuzzy feelings? I know I'm feeling them although that could be because on arriving home yesterday from a four day work trip I discovered I had left the heater on when I left. I'm unsure...

My feelings on whether Aboriginal peoples should be recognised in the Australian Constitution are now quite known. I have published them myself (to a degree), expressed them in other forums such as social media and the radio, and I have additionally been quoted on them. I do not support this move, and for a number of reasons. I am only one voice within the community who has stated so. I highly recommend that people check out some of those other voices because there is a wealth of knowledge and opinion right at the fingertips of anyone who wishes to actually go searching.

Now though, I wish to put another view to you. Even if I was completely in support of the move to have us recognised in the constitution, I would be still be categorically opposed to the Recognise campaign. Why? Because the longer the Recognise campaign goes on, the more I feel it proves itself to be little more than a government-sponsored ad campaign removed from grassroots Indigenous opinion.

The entire Recognise campaign, and therefore our alleged campaign for Indigenous equality (which I strongly feel is not even remotely the case) seems to be little more than corporate endorsements and photo opportunities for powerful figures to prove how much they like us. It's a shame that I don't like a good many of them in return.

As I've previously stated, when the St Kilda Football Club joined the Recognise campaign for a photo opportunity, I was actually completely offended. I, as an Arrernte feminist woman, have no wish to be "recognised" by a group of men who think nothing of painting women who bring cases of sexual assault against their team members as liars in the media whilst also emailing their corporate sponsors for donations to pay for the legal defence of their accused players. The fact that Recognise felt it was appropriate to promote this club as a campaign endorser in the first place speaks volumes to me regarding how much they really value equality and recognition for Indigenous women in particular.

As I also previously stated, I know that the AFL has pledged support and football players have been a constant fixture in the Recognise publicity shots because of the broad appeal they apparently have. Just because they're not my cup of tea does not mean that others don't like them. The St Kilda photo wasn't the only one that ground my teeth. Last month, for example, the news that former Prime Minister Bob Hawke threw his weight behind the campaign made me quizzically lift an eyebrow. Hang on a second, wasn't this the same bloke who promised a treaty with mobs only to completely renege following pressure from lobby groups which included powerful miners and pastoralists? Hawke hasn't donned a t-shirt yet for an official Recognise photo, so perhaps I shouldn't jump the gun here no matter how many articles Recognise keep on their official website. I urge others to flick through this list of support articles though. Some of the names that Recognise wishes to highlight as CR supporters are quite astounding.

Qantas support is also not something I draw a lot of good faith from. Qantas has long-established Indigenous programmes and for this I acknowledge them. This same organisation though thinks it is perfectly acceptable to publish in their regional flight magazine "Spirit" that the Hobart area was first settled in 1804. Last time I checked, the Mabo case had disproved Terra Nullius but I suppose we were all a little unsettled before whitefellas rocked up to this landmass... 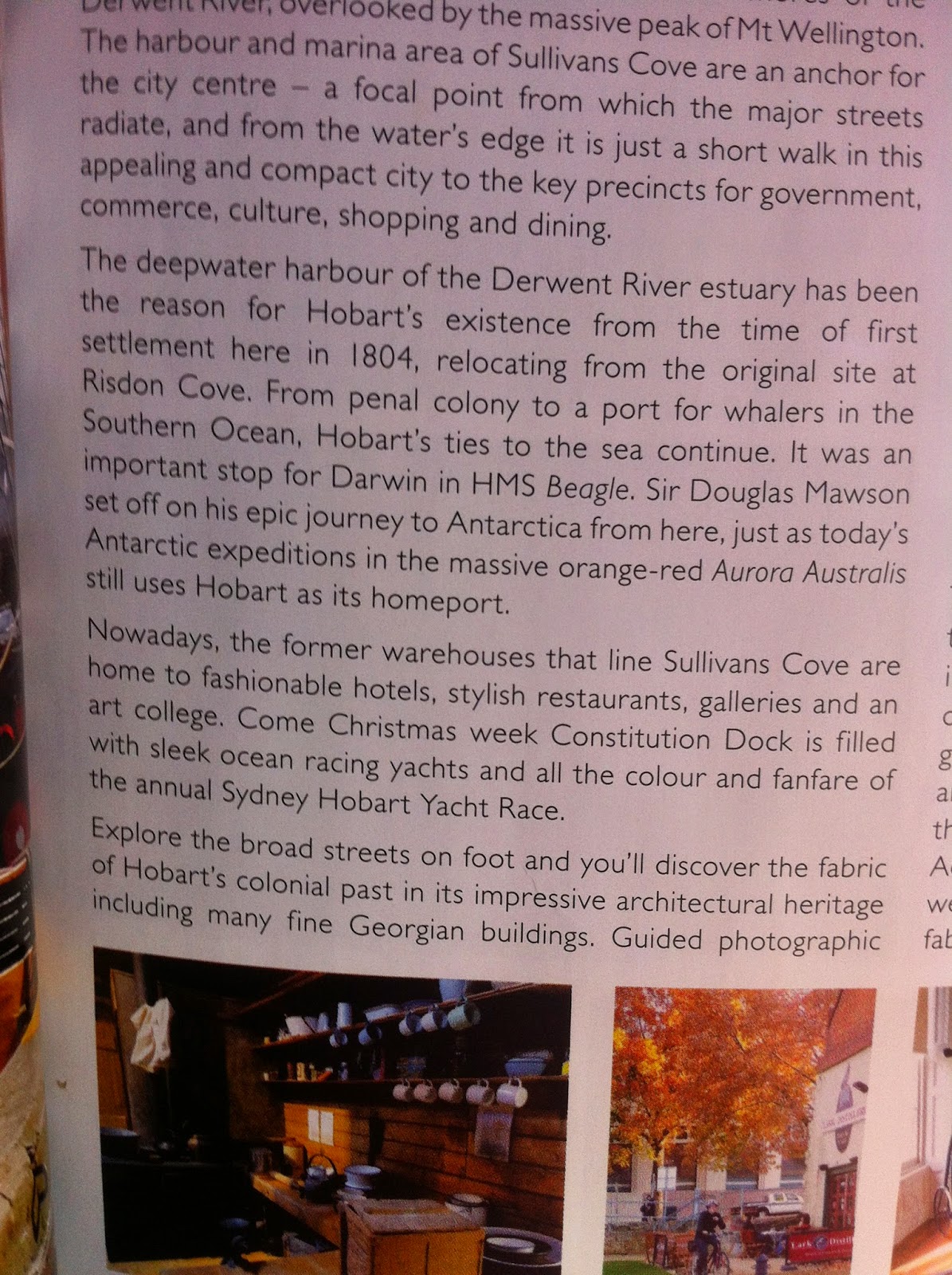 To go back to Recognise itself though: it is a government-funded campaign to push a particular view and it is using populist means to do so. So where is the government funding for the oppositional Indigenous views to run their campaign? Why are the anti voices from an Indigenous perspective stuck utilising social media to try and raise awareness with meagre media coverage meanwhile Recognise gets millions of dollars to travel around the country, pose for photo opportunities, hold concerts and sell t-shirts? Exactly how democratically ethical is it that the government is ONLY funding an organisation that promotes its own policy platform (and that of the opposition and the major minor party as well)? Apparently, when the referendum is announced, there will be funding for both sides of the argument to state their cases, but considering that one side will have been funded to promote their cause years before the other, exactly how fair and balanced is this?

As I state, even if I supported our constitutional recognition, I would still be opposed to Recognise. A well-funded organisation to peddle the government's agenda when it is the notion of our equality that is the question is no place for me. I would rather listen to the informed debates of Aboriginal people stating what they feel is the best way forward for this country than be handed a government-funded badge and t-shirt, or hop on a similarly badged plane, and be told this is what I really want. For the life of me, I don't understand why there are some mob out there who don't feel the same. Sure, we have diverse views on constitutional recognition within the community, but if self-determination is truly of importance to all of us then our questioning of this campaign should be the same. Otherwise whose terms is our recognition truly happening on?
Posted by Celeste Liddle at 6:34 PM